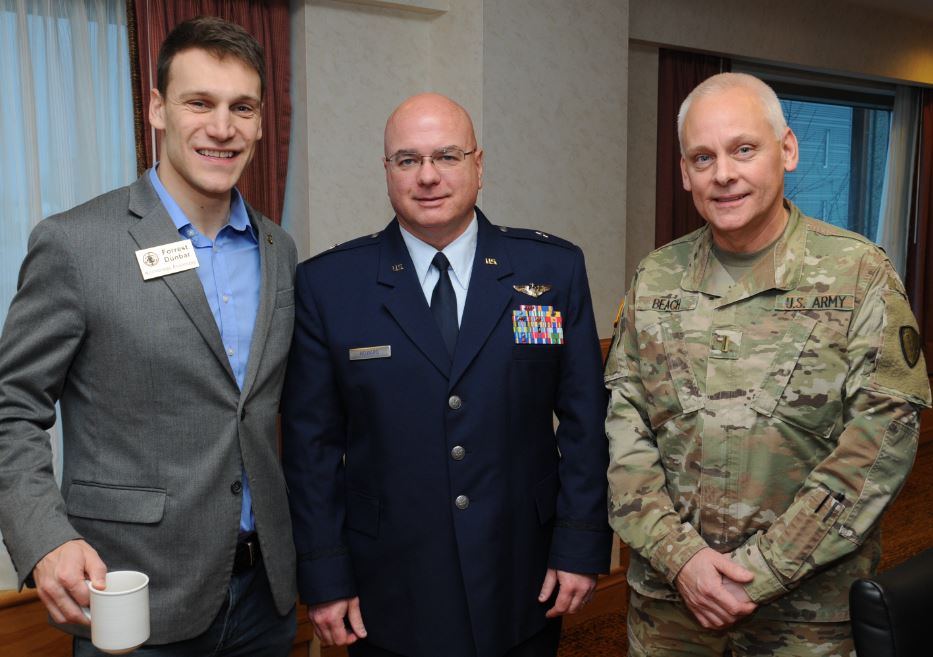 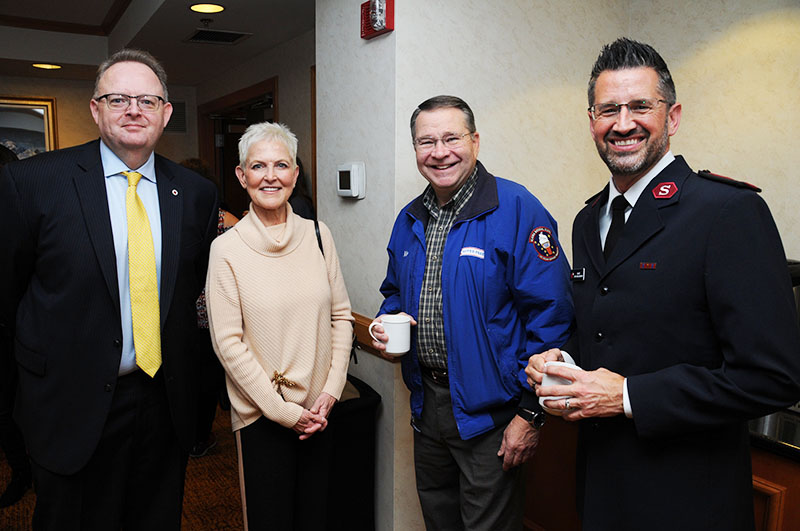 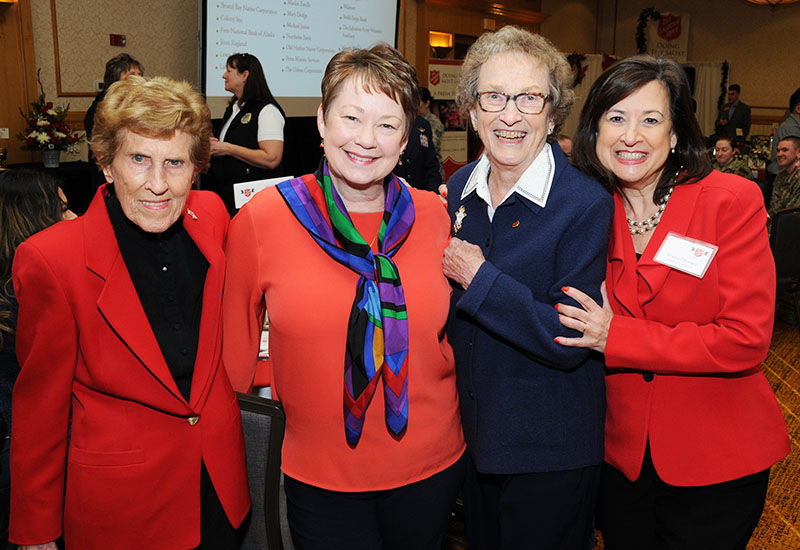 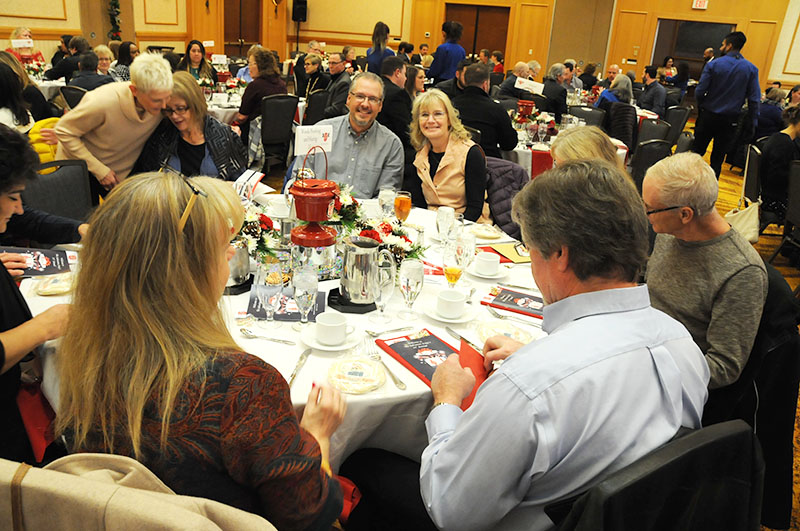 The annual Season of Giving luncheon and red kettle kick-off provides an opportunity for Salvation Army supporters to learn more about The Salvation Army Alaska Division’s work in the past year as well as fundraise to kick-off the Red Kettle campaign season in Alaska. Since the event is also in the spirit of Christmas, it only made sense that Operation Santa Claus should also be celebrated. At the luncheon, two awards were presented to those who have made Operation Santa Claus possible.

The Alaska National Guard was recognized with The Salvation Army’s ‘Others’ Award for providing Operation Santa Claus to rural Alaskans for over 65 years, and in turn, enriching the lives of thousands of children during the Christmas season. General Scott Howard accepted the award on behalf of the Alaska Air National Guard. 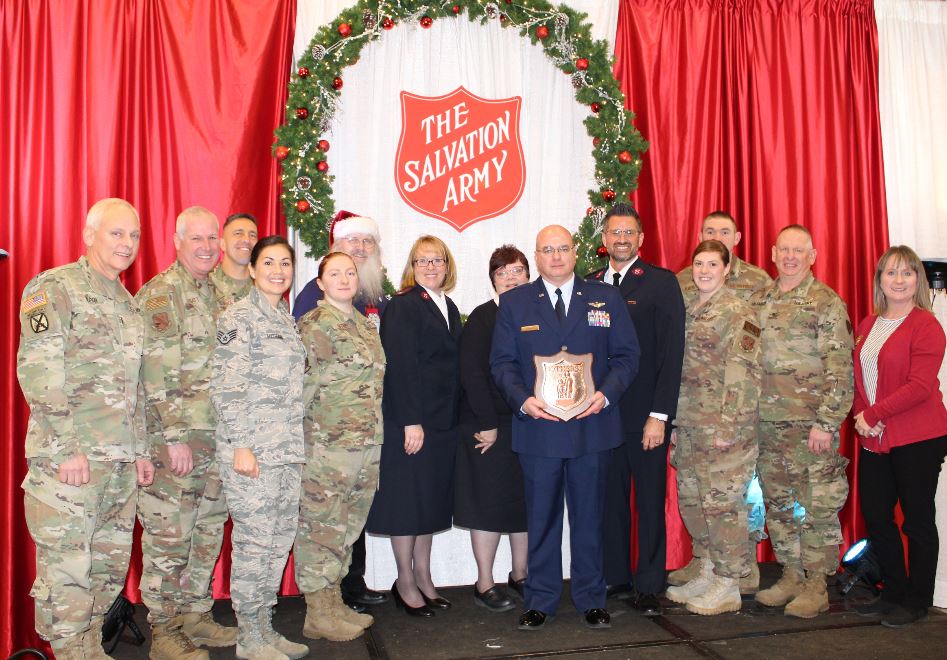 “Op Santa began after St. Mary’s experienced natural disaster and there was a lack of food from subsistence, so extra money could not be spent on gifts for the children,” said Major General Torrence Saxe of the Alaska Air National Guard. “We’ve continued this outreach to serve those in remote areas, to hopefully bring the joy of the season, and to build relationships in the communities.” 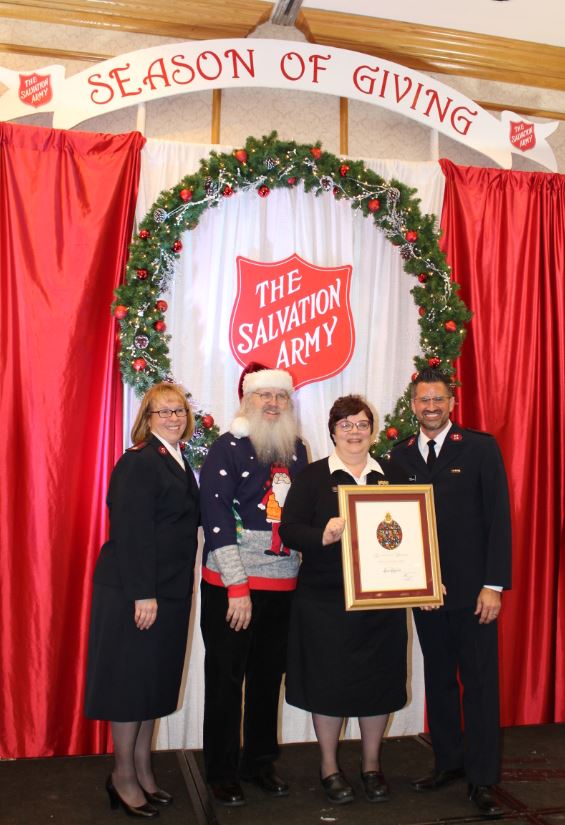 Each year there is also one table host who receives a “Golden Kettle” for raising the most funds to support The Salvation Army at the Season of Giving luncheon. This year, the Golden Kettle winner was Anchorage Advisory Board Chair Anna Woods, Woods Plumbing and Heating co-owner with her husband Tom. It also happens to be the second year in a row she has received the Golden Kettle.